I used to blog on another platform. Check out what I shared in earlier years here.

Can’t believe Term 3 is already over. Now this Term has been jam pack with awesome things. From sports to events that have happened.This term has definitely topped last term. I’m really excited to share my top highlights/memories from this term.Also I’ve been a year 8 for 3 TERMS!

Now I’m going to get this one out of the way first. SPORTS! I have been in 3 sports this term. Which is Netball,Basketball and League. There have also been some crazy tournaments as well.Like last time I’m going to be talking about these sports individually.

First up Basketball. Basketball was early in the term. It was actually my first time doing basketball. Same as most of my team. The team I was in consisted of Kiarah,Lesieli,Nora,Naomi,Luka,Matelita,Kamryn,Queenie and Atawhai. We were coached by Miss Timmi and had some support from Miss Tipene. We ended up coming 5th, but I was still very happy with that.

Next up League. My league team was pretty much our union team. Although we had never done league before we still did very well. We ended up coming second in eastern. Which got us into Auckland Champs. Over there we ended up coming 5th. I did really enjoy playing with this team even through our hardships. My team included of Kiarah,Lesieli,Mariko,Ema,Fifita,Karoline,Queenie,Khalia,Melemanu,Emeline,Cherish,Lynch and Mateita (Sorry to those I forgot). We were also coached by Miss Timmi once again and had help from Tyson.

Now last Netball. This year Netball has been a BLAST for me. I got MVP for my team for prizegiving. Also my team ended up coming 5th in our pool. However we also got to compete in some amazing tournaments. Such as the Eastern Zone where we came 2nd in.  We also got into Auckland Champs and came 12th. Which honestly wasn’t that bad since it was our first time. I am so thankful for the group of girls I ave played with this year. I’m going to miss playing with yous.We also got to compete in the Mixed Tournament in Week 10. My team came in second just loosing by 2 to Sylvia Park. That game was tough. In that team involved Roman,Bronson,Exodus,Petero,Luka,Kiarah,Cherish,Naomi,Kamryn and Ema. So proud of both teams I was in.

We have also had some events that have happened. First one being CROSS COUNTRY. We hadn’t done Cross Country in 2 years so it was a huge deal to do it this year. At first I wasn’t excited, but in the end I’m glad I did it. We also had our school Art Expo. Which showcased all the things the school had been preparing. My favourite one would have to be the Team 4 Rappers. They had some funny lyrics and a good message overall about not bullying.

We have also had some special assemblies. Since there have been a lot of things happening. Such as language weeks. I was apart of Tongan Language Week. That assembly was probably my favourite. The performances were awesome. The final assembly for the term was also coo. Seeing the highlights were pretty cool to. I am so grateful for the team that I have worked with. They will always have some of my best memories.

Tech is another thing that has happened. We switched classes midway through the term. I am in Mr Grundy’s Class. Which is Hard Materials. We have been making necklaces. Right now my one is up to the sanding stage. I am also making a knife,which I plan on giving to my uncle.

Lastly having Mrs Stone back has been so fun. I have really enjoyed having her back. She has taught me new things in a fun way.Also having Miss Georgia who is our student teacher. She was done some pretty cool lesson with us. One of them being with raro! I can’t wait to see what Mrs Stone has in next for term 4.

So there you have it. My memories/highlights for this term. I am honestly really bummed out that the term has came to an end. I am still in disbelief that I have 1 more term until I go. I’m honestly not ready to go, but I am ready for the memories I make next term. It doesn’t feel real to me yet that I have 1 more term. Anyways I am really excited to see what is there to come in my last ever term at PES, I hope that it tops every single one of these terms.

Today’s reading task was about phobias.We read a text based on a kid trading phobias with a strange man. We answered questions about the story and wrote a time we tried to conquer our fears. I really enjoyed doing this task.

Since it is Tonga Language Week the reading task is based all about it. I worked on it with my friends Kiarah & Finau. I really enjoyed doing this task because I am Tongan myself. I also really liked doing the dancing part which was apart of our item. Anyways enjoy and HAPPY TONGAN LANGUAGE!

This is my reading task about inferences. I really enjoyed doing this task because it got me thinking.

Today in Cybersmart we learnt about thinking critically. Which is to not always believe things you see online. We also learnt about fallacies. I did learn a lot from this task. I hope to do something similar again.

Today in Maths we learnt about how to find diameter,circumference and area of circles. This is my maths task about it. I also got to have a very fun lesson with Mrs Stones. This was something I had never learnt before and I thought it was going to be hard. Well it turns out, that it is quite simple. I really enjoyed doing this task I can’t wait to see what is next to come. Hopefully it is something just as fun as this.

This is my maths task. It was actually from last week,but I didn’t get to finish it until now. It is about getting the area of a triangle. Now at first I thought that it was going to be easy, but this proved me wrong. I did though learn a lot from these things. Now I;m not sure if I got all of them right, but I tried. I really hope I get to do something similar to this again.

This is my maori for today.The phrase is Ko kotiro/tam ahau?Which is I am a? I really enjoyed doing this and it helped with my maori skills. ENJOY! 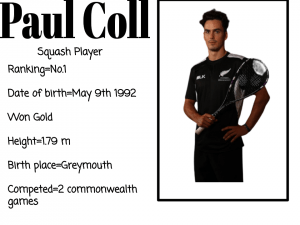 This is my maths task for today. It is abut reading scales. I had to fill in the numbers for the task. This activity was fun and simple to do. I hope I get to do something like this again.

About Me | Ko Wai Ahau

Add the link to the About Me blog post here.

Keep connected with this blog